A Growth Driven by Cold Storage and Aquaculture 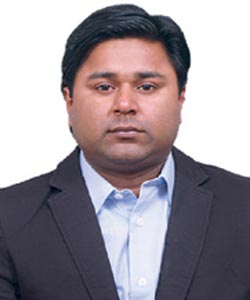 A Change in the eating habits and the lifestyle in general is reshaping the processed food market. Frozen food has become the favourite choice in terms of ease as well as nutrient fulfilment. Development of cold storage capability has given a boost to the frozen food market. In recent years, the demand for frozen foods has shot up in India, following the rapid increase in the number of supermarkets and retail stores, along with proper refrigeration facilities.

The frozen foods market in India is expected to become worth Rs 192.96 billion by 2024, expanding at a compound annual growth rate (CAGR) of more than 17 percent by 2024. Several government schemes like Integrated Development of Horticulture (MIDH) and Pradhan Mantri Kisan Sampada Yojana (PMKSY) have provided financial support for building and enhancing new cold storage facilities in India. The advancement in cold chain infrastructure has further supported the supply and distribution of frozen food products in tier I cities. This has spurred growth in the country's frozen food market. Another major area of growth is the seafood one.

The seafood world market has doubled within the last decade reaching US$49.32 billion. India’s share in the world seafood market is 2.4 per cent. The growth of fish production in India has been labelled the “Blue Revolution” by the Indian Council of Agricultural Research since fish production increased from 0.75 million metric tons in 1951 to 6.1 million metric tons in 2003. India’s shrimp exports have been increasing to China. US is the largest market for Indian marine products, followed by South - East Asia, EU, and Japan. In terms of items, India’s shrimps are demanded globally, followed by fish. Considering the rapid growth, several companies have ventured in these fields.

We studied this industry segment in-depth and have come up with the lists of frozen food and seafood companies that have excelled in this field with their innovative approach. Having proven their dedication to quality and end-to-end addressal of customer requirements, these companies have stood out from the crowd.

We look forward to receiving your feedback.