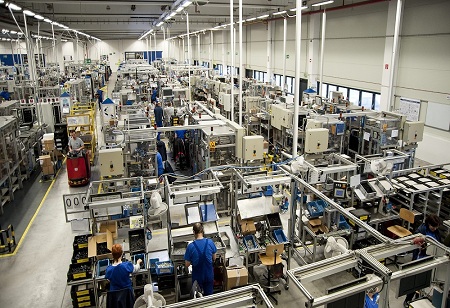 Swedish Manufacturer Autoliv to Set Up Plant in Cheyyar

Sweden based fortune 500 company, Autoliv Inc is going to set up its manufacturing plant in Tamil Nadu at an investment of Rs 100 crore. The company has bought land for the plant at Cheyyar to make air-bags. The project is expected to create jobs for over 400 people.

Autoliv Inc. develops, manufactures and markets air-bags, seat belts and steering wheels. Statistically, more than three air-bags or seat belts from Autoliv have been delivered to every vehicle produced globally during the past 10 years. According to a report by The Hindu, the company was initially planning to set up this plant in Vietnam, but decided to go for Cheyyar after several rounds of discussions with officials of the State government.

A government source said, “They found the ecosystem in Tamil Nadu conducive to manufacturing and saw the State as a viable alternative to countries such as Vietnam, Thailand and the Philippines.”  “It makes economic sense for the company to set up a plant here as Chennai is the Detroit of India and major car-makers have a presence here,” said a source in the automobile industry.

Last year, the State government signed several memoranda of understanding for investments worth over $2 billion in the automotive industry alone. In 2020, Daimler India Commercial Vehicles said it would expand its portfolio with an investment of Rs 2,277 crore. Netherlands-based Dinex proposed a project to manufacture auto components at Mahindra World City, entailing Rs 100 crore in investment.