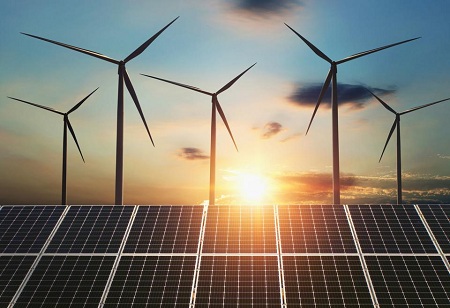 The contract to set up hybrid wind and solar energy projects on three Sri Lankan islands has been awarded to a Chinese company Sinosar-Etechwin. The islands are located off the northern Jaffna peninsula 45 km from Rameswaram in Tamil Nadu.

The Sri Lankan weekly Sunday Times reported that the US $12 million project was awarded to Sinosar-Etechwin, and will be implemented as a joint venture with the state-owned Ceylon Electricity Board as part of the Sri Lankan government’s Supporting Electricity Supply Reliability Improvement Project. Etechwin is a subsidiary of the Chinese wind turbine manufacturer Goldwind.

Asian Development Bank will fund the project, which will come up on Delft, Nainativu and Analativu, three islands in the Palk Strait off Jaffna peninsula. Delft, the largest of the three islands, is the closest to Rameswaram, which lies to the island’s south west.

Between the two is Kachchativu, the tiny island that India ceded to Sri Lanka in 1974. The waters around these islands are an area of contest and rivalry between Tamil Nadu and Jaffna fishers. The matter has been on the bilateral agenda for decades.

Pegatron to Set Up its Manufacturing Unit in Chennai