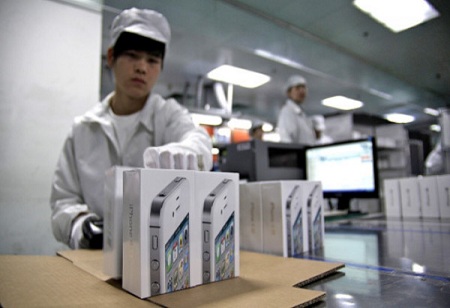 Pegatron to Set Up its Manufacturing Unit in Chennai

Taiwanese electronics major Pegatron Corporation has selected Chennai for setting up its first production unit in India. The company which is one of the largest contract manufacturers of Apple Inc will be setting up its unit in an industrial park outside Chennai.

The company will invest Rs 1,100 crore to manufacture or assemble high-end Apple iPhones at the new unit, which is likely to begin production by the end of this year or early next year. After being in talks with various states, including Karnataka, Pegatron Corporation finalized Chennai as the location for its manufacturing unit. According to a report by Deccan Herald, top government sources said that the production unit will come up at Casa Grande Industrial Park in Perungalathur on the outskirts of this metropolis.

The Tamil Nadu Cabinet had last week approved a special package and incentives for Pegatron Technology India Private Limited. The new plant is expected to provide employment to 14,079 persons and the company plans to increase its investment in the coming years.

“Pegatron has already leased space at the Casa Grande Industrial Park for its production unit. A formal Memorandum of Understanding (MoU) will be signed between the Tamil Nadu government and Pegatron Technology India Private Limited in the next few weeks,” a top government source said.

Union Budget: Tamil Nadu to Get a Multi-purpose Seaweed Park