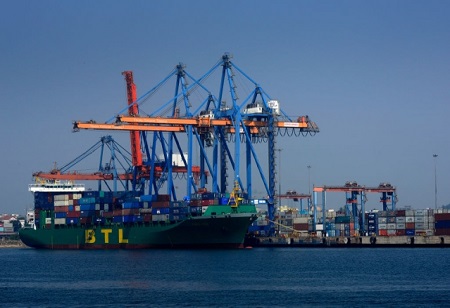 During a visit to Coimbatore, Prime Minister Narendra Modi flagged off a host of infrastructure and development projects worth over Rs 12,000 crore for western and southern regions of Tamil Nadu. He said that government is committed to port-led development and that the state is making a major contribution to India's industrial growth.

He said one of the basic needs for the industry to grow is a continuous power supply and he was happy to dedicate to the nation two major power projects and lay the foundation for one more power project. He called Coimbatore a city of industry and innovation and added the development works that are being unveiled today will benefit Coimbatore and entire Tamil Nadu. Speaking on the modernization of the Bhavanisagar dam, he said this will irrigate over 2 lakh acres of land and would benefit farmers in the state.

PM said the projects launched today will further strengthen cargo handling of the port. It will even support the green port initiative. Apart from this, we will take further steps to make port into a big transshipment port in the east, he said.

“Whenever ports are more efficient, it contributes to India being Atmanirbhar and a global hub for trade as well as logistics,” said PM. "About 575 projects at a total cost of over Rs 6 lakh crores have been identified for implementation during the 2015-2035 period. These works cover ports modernization, new port development, port connectivity enhancement and coastal community development," he added.

Mixed Reactions from Industry to the State's Interim Budget