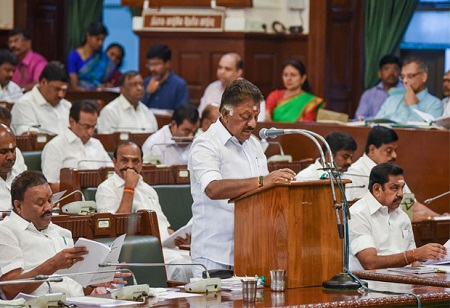 Mixed Reactions from Industry to the State's Interim Budget

State’s interim budget has received mixed reactions from industry bodies. While many have hailed the state government for allocating Rs 6,683 crore for the Coimbatore metro rail project, others have pointed towards neglect of southern districts and lack of special schemes for MSMEs.

Tamil Nadu Chamber of Commerce and Industry (TNCCI) said the interim state budget did not have significant new announcements for the overall development of the State, which is disappointing. A press release from TNCCI president N. Jegatheesan said that around Rs 6683 crore has been allocated for the implementation of metro rail project in Coimbatore. But, the non-announcement of metro rail services for Madurai is a reflection of the State government's continued neglect of southern districts.

C Balasubramanian, president of the Indian Chamber of Commerce and Industry-Coimbatore, said their expectation of additional moratorium on loan repayments was not fulfilled. The Kovai Power Driven Pumps Manufacturers Association (KOPMA) said there were no special schemes or relief measure for SMEs.

15 MoUs to be Signed by Chennai Port Trust