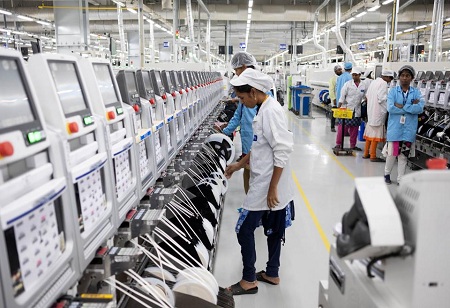 Foxconn Technology Group, the major Apple phone assembling company is planning to launch initial public offer for its Indian unit. It is hoping to raise Rs 5000 crore through the IPO. The company will launch the IPO once it consolidates its group entities in India, according to a report by Livemint.

Taiwanese contract manufacturer, whose main listed arm is Hon Hai Precision Industry Co is keen on expanding in India since early 2019. Foxconn, that makes smartphones in India through its subsidiaries, plans to invest up to $1 billion over three years to expand a factory in southern India where it assembles Apple iPhones, Reuters reported earlier. As per the report, Apple's iPhones models, made by Foxconn in China, will be made at its plant in Tamil Nadu. The company also operates a separate plant in Andhra Pradesh. Foxconn Chairman Liu Young-way last month said it would ramp up its investment in India, at Foxconn's annual general meeting.

In another update, Foxconn and the Nanjing Economic and Technological Development Zone have agreed to start building electric sport-utility vehicles (SUVs) in 2022 for cash-strapped Chinese start-up Byton, the Taiwan based company recently announced. The tech group was reported to be investing some $200 million in Chinese electric vehicle startup, which will be a key part in Foxconn's strategy in the electric vehicle (EV) industry.

Swedish Manufacturer Autoliv to Set Up Plant in Cheyyar