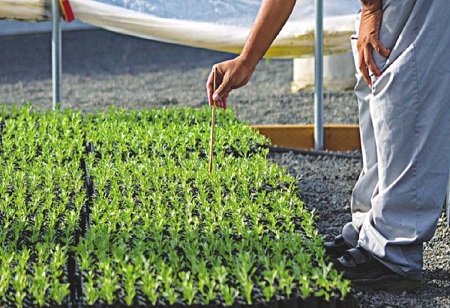 Agrochemical sector is expected to grow by 12-14 per cent with a turnaround in domestic agriculture output and surge in exports, according to a CRISIL report. Domestic revenue, which accounts for almost half of the sector’s revenue, will grow at 10-12 per cent this fiscal as compared with 6-8 per cent growth last fiscal, said the report.

Revenue from exports, which rose 15 per cent in last fiscal, is expected to maintain its pace at 13-15 per cent this fiscal, the report added.
CRISIL Ratings said about 65 per cent of agrochemicals demand is derived from kharif season. An above-average and well-spread monsoon in the first half of the current financial year has led to an increase in kharif sowing area to a five-fiscal high at 1,116 lakh hectares which could help the output by 6-7 per cent this fiscal, it added.

Besides, the present water reservoir level, which is at 87 per cent of capacity, will ensure a healthy increase in acreage in the forthcoming rabi season as well. Hence, it is likely that overall food grain production in fiscal 2021 may exceed the initial target set by the government at 3,000 lakh tonnes, the report said.

Exports of agrochemicals should maintain last fiscal’s momentum, supported by healthy demand from the United States and Latin America (42 per cent of India’s exports). India’s strengths of being a low-cost manufacturer, an established presence in generics and skilled labour availability continue to stand it in good stead, it added.

Meanwhile, improved revenue and moderation in prices of key imported inputs due to improving supplies from China will push up operating profitability of most agrochemicals players by 100-150 basis points to 14 per cent this fiscal, also aiding cash generation.

Working capital levels are expected to remain largely stable despite a slight stretch in receivables given that exports have a longer credit period. “We expect the credit outlook to be positive for agrochemicals players due to healthy business performance and further strengthening of credit metrics this fiscal,” CRISIL Ratings Associate Director Rajeswari Karthigeyan added. (Source: PTI, Financial Express)