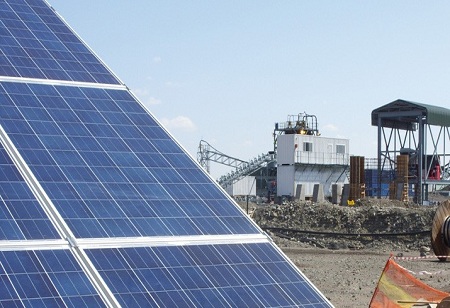 Looking to reduce the cost of power consumption for its mining operations, Coal India is going to invest Rs 5,650 crore by March 2024 to build 14 solar projects that will help power its mining operations and cut costs. The company will fund nearly two-thirds of its plan to construct rooftop and ground-mounted solar power projects with a capacity of 3,000 megawatts (MW). Its decision comes after being mandated by the coal ministry to become a net zero carbon company. Solar power initiative is a part of CIL’s diversification plans, the PSU said in a filing to BSE.

"The solar power initiative helps Coal India Ltd (CIL) reduce its whopping annual power consumption expense," the company said, adding that such costs accounted for 4.4 percent of its annual costs which was around Rs 3,400 crore ending FY2020. Any saving under the power bill would also bolster the bottom line of the company to that extent, the PSU said. Beginning with a modest 10 MW solar capacity during the ongoing fiscal, CIL would gradually peak up to 1,340 Mw in 2023-24.

While Rs 3,650 crore is planned to be invested through CIL’s capex, till ‘2023-24, the rest would be met through joint venture models that the company intends to pursue for this initiative. A joint venture with lignite miner NLC India Ltd would finance the rest of the company's solar expansion, it said in a statement. Synergising their efforts, CIL and NLC India Ltd have floated a joint venture entity ‘Coal Lignite Urja Vikas Private Ltd’ to develop 1,000 MW solar power projects.

Coal India plans to produce 1 billion tonnes of coal a year by 2023/24. The miner's output fell for the first time in more than two decades in 2019/20 to nearly 603 million tonnes.

Moreover, the miner has also set up a joint venture with NTPC Ltd, India's largest electricity generator, and signed an agreement with Solar Energy Corporation of India for solar projects of 1,000 MW each, it said. "Besides establishing solar projects, CIL is in discussions with NTPC Limited for purchase of 140 MW solar power," Coal India said.