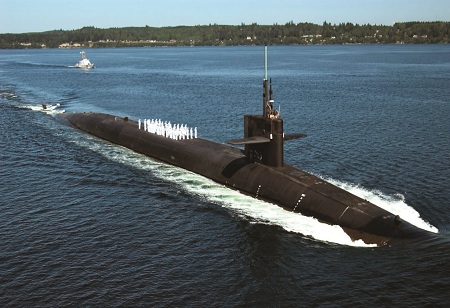 Indian Navy is going to order surface ships and submarines worth $51 billion in a period from 2020 to 2030, said Union Minister of State for Defence Shripad Naik. The minister said so while addressing a virtual meet on opportunities at Goa Shipyard Limited (GSL) and Mazagon Dock Shipbuilders Limited (MDSL), organized by the Confederation of Indian Industry (CII). A PTI report mentioned him saying that more than 60 per cent of the Indian Navy's budget is dedicated to capital expenditure and nearly 70 per cent of this capital budget has been spent on indigenous sourcing, amounting to nearly Rs 66,000 crore in the last five years.

He added that the potential for MSMEs is vast as there are more than 60 major surface and sub-surface platforms being built for mainly the Indian Navy and the Indian Coast Guard at Goa Shipyard Limited, Mazagon Docks Shipbuilders Limited, Garden Reach Shipbuilder and Engineers (GRSE), Hindustan Shipyards Limited (HSL) and Cochin Shipyard Limited (CSL). Naik said, "Expected orders for surface ships and submarines to be executed from 2020 to 2030 are to the tune of $51 billion".

Speaking during the event, CII Goa State Council Chairman Blaise Costabir said that with India's maritime interests growing at a fast pace in line with Prime Minister Narendra Modi's vision of a $5 trillion economy by 2025, the country's shipbuilding industry will see increased focus and demand. The country's vast coastline and the evolving geopolitical situation in India's neighborhood have also put a greater thrust on maritime safety and security, he added.

Chairman and managing director of GSL said the defence shipbuilding sector will continue to see robust growth. There was 9.3 per cent growth in the defence budget in 2019-20, he said and added that the country expects to see the same trend for the next 10 years.

ONGC To Hit The Gas On CapEx