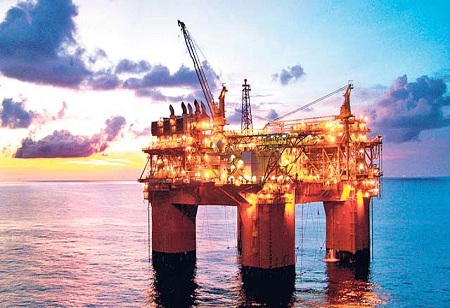 ONGC To Hit The Gas On CapEx

Oil and Natural Gas Corporation (ONGC) has said that it is going to increase its CapEx significantly to make up for the low expenditure and productivity during the lockdown. The oil and gas major has set its CapEx target to Rs 32,500-crore target. ONGC Director – Finance, Subhash Kumar said the COVID-19 outbreak and the global restrictions that followed had disrupted the supply chain, hitting its project implementation. However, with the gradual resumption of economic activity globally, ONGC is hopeful of making up for the lost time, he said.

"We had in April-May recalibrated CapEx spending to Rs 26,000 crore on the assumption of a long drawn impact of the pandemic on economic activity.
But with things opening up, we will be able to achieve spending of close to Rs 32,000 crore," he said. The India's top oil and gas producer had budgeted Rs 32,501 crore of capital expenditure for the fiscal to March 2021 (FY21). The company has taken up project work on war footing to meet the capex target.

The government is looking at increased public spending to give a boost to pandemic-hit economy. It is pushing public sector companies to not just meet the stated capital expenditure targets but even go beyond them. On the outlook for coming quarters, Kumar said "the worst is behind and things will improve". "Things can only get better from here. We anticipate second-half performance will be better," he said.

Commenting on ONGC's second-quarter earnings, Moody's Investors Service said despite the recent recovery, crude oil prices remain below fiscal 2020 levels (fiscal year ending March 31, 2020). "We assume oil prices to average USD 45 per barrel in 2021 because of low demand and high inventory levels. As such, earnings from sale of crude oil will remain at or near current levels over this period," it said.

Earnings from the refining segment will recover in subsequent quarters on the back of a recovery in throughput levels. However, it will remain weak compared with previous years because of sustained weakness in refining margins, it said. "We expect capital spending to increase in the subsequent quarters as economic activity rebounds following the easing of lockdowns," Moody's said. (Source: PTI)

Economy Is Going To Revive And Thrive: FICCI President