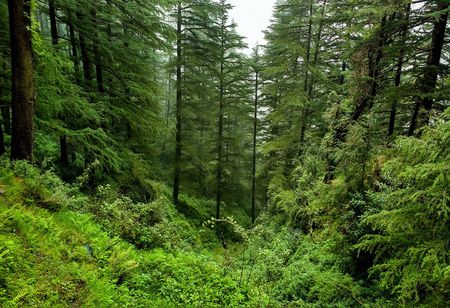 Amid 2014 and 2018, nearly 187 hectares (ha) of forest land have been allotted to corporate houses for non-forest functions; the state government informed the Gujarat Assembly during the ongoing budget session.

In an unstarred query, Congress MLA from Rapar Santokben Aarethiya asked the government about the quantum of forest land it had given to corporate houses all through the last five years, ending December 2019.

In answer, the government stated, that under the Forest Conservation Act, 1980, “Government of India has granted permission to provide forest land for non-forest uses to industries.”

In an attached list, the state government assured almost 187 hectares of forest land has been given to industries between 2014-15 and 2017-18. The biggest chunk of 80.92 hectares was given to Daman-based Enercon India Ltd for a wind farm in Rajkot during 2016-17. The same year, another 60.7 hectares were given to Suzlon Energy for a wind farm in Devbhoomi Dwarka district.

Likewise, 4.77 hectares was given to Tata Chemicals in Mithapur in 2017-18 for laying brine pipeline for salt works. Apart from this, forest land has also been given for laying water pipelines and building approach road.

The state government stated that it received 185 hectares of substitute non-forest land from these industrial houses in exchange of the forest land. The government also collected an amount to forestation of this recent parcel of land. For instance, the Bhopal-Dhule Transmission Company has given non-forest land measuring 39.11 hectares in Abdasa taluka of dry Kutch district, while Enercon and Suzlon have given equivalent land in Mahuva and Palitana talukas of Bhavnagar district, respectively.

The government added it does not get substitute non-forest land from user agencies who take less than one hectare of forest land.

A retired forest department official of Gujarat expressed that Government of India gives permission to use forest land only in cases where there are no other substitute.

“The amount recovered from corporate houses using forest land is known as Net Present Value and works on a formula decided by the Supreme Court. This value varies with the type and density of the forests. If the area acquired for non-forest uses is in a sanctuary, then the value will be five times. And if it is in a national park, then the value will be 10 times. The industries do not get this land easily. They have to prove that no other alternative exists except using the forest land,” the retired official added.

Rohit Prajapati from Vadodara-based Paryavaran Suraksha Samiti said the sum recovered from the corporates for the forest land is just a token amount and the non-forest land, which is taken in swap by the government, is usually located far away from the forest land where the land has been attained.

“Firstly, afforestation is not a real forest. We always tell in our public discourses that forest land should not be converted, as it is not possible to build forests. In most cases, only token plantation is done on the non-forest land that the government gets in exchange. Secondly, the parcel of land which the government gets is far away from the forest land acquired. So, the actual forest area diminishes and the area under plantations rise. The government should actually develop a land parcel near the affected forest to maintain the balance,” Prajapati added.