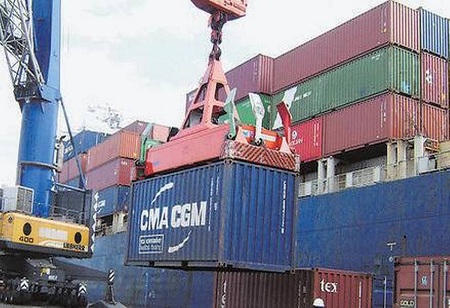 In a first, a cargo container manufacturing facility is going to be set up in the state. An agreement has been signed between Dubai-based Transworld Group and Sagarmala Development Company Ltd to build the facility with an investment of about Rs 200 crore. Transworld Group is promoted by Indian businessman Ramesh Ramakrishnan.

The plan marks India's entry into manufacturing cargo containers, a segment dominated by China, as part of the Atmanirbhar Bharat initiative.

"Indian coastal shipping adds about 10,000 twenty-foot equivalent units (TEUs) of new containers annually, while India's largest container rail operator – Container Corporation of India - may require 2,000 to 2,500 TEUs of new containers every year," an official with the Ministry of Ports, Shipping and Waterways said.

"Almost all the shipping containers used today are imported from China. By the time they reach Indian shores, they cost us around 40% more, including ocean freight, Customs duty, other taxes, custom house agent charges and sundry expenses," the official said.