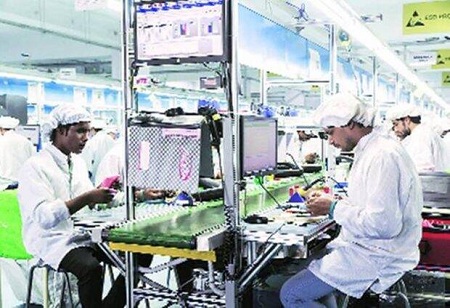 Tamil Nadu is likely to sign two major MoUs in the electronics manufacturing segment in January. The state is expected to formalize agreements with Taiwan-based Pegatron and Tata Electronics around Pongal festival to facilitate establishing units to manufacture Apple products.

The Taiwan-based Pegatron is the second largest manufacturer of Apple products and has chosen Mahindra City as the site for its proposed plant in India. It is likely to invest around Rs 1,200 crore in the first phase to employ about 14,000 people. A subsequent phase will see the company doubling its investment and employment potential, sources with leading international property advisories said.

Yet another MoU will be signed by the government with Tata Electronics, which will make components for Apple products. It is investing Rs 5,000 crore and will employ 18,000 people in the first phase. The company too has lined up higher investments and employment opportunities in subsequent phases. It has already broken ground and started construction work at GMR SEZ near Hosur in Krishnagiri district.

The MoU will formalize the investment plans and tune it in line with the state government's investment incentives. In the case of Pegatron, the Taiwan company's board had recently cleared the investment plan for a new plant in India to make iPhones. It was in talks with both Karnataka and Tamil Nadu.