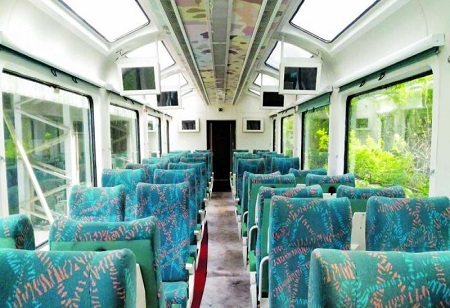 Along with observation windows at one end, the coaches are also fitted with controlled opalescence in glass roof lookout, rotatable seats, passenger information system, automatic sliding doors, a mini pantry and wide doors for persons with disabilities, according to the railways ministry. The cost of manufacturing a single Vistadome coach is approximately Rs 4 crore, according to a statement from the ministry in June.

Rural Dairy Farmers in the State to Get 25,000 Shelters for Cows and Goats