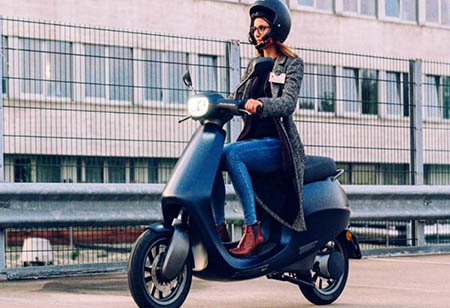 Ola Group, through its subsidiary Ola Electric, is going to makean investment of Rs 2,400 crore to set up an electric scooter manufacturing plant inHosur. The company has signed a Memorandum of Understanding (MoU) with the Tamil Nadu government for a factory with an initial annual capacity of 2 million units. “This will be one of the most advanced manufacturing facilities in the world. This factory will showcase India’s skill and talent to produce world class products that will cater to global markets,” said Bhavish Aggarwal, Chairman and Group CEO, Ola in a statement.

The factory will produce two wheeler products starting with the electric scooters and the company said it will create 10,000 jobs in the process. The Softbank-backed Ola, whose last reported valuation was $6 billion in May 2019, will now be competing with legacy business houses in India like Hero Moto, TVS Motor and Bajaj Auto, who have decades of experience in the two wheeler space, as well as with startups like Ather Energy and Okinawa Scooters.

Ola has been rapidly making a shift from being just a cab aggregator app to an electric vehicle manufacturer. The company in 2017 had floated a subsidiary Ola Electric, which is now a unicorn in its own right with backers like Tiger Global, Matrix Partners and SoftBank. With the pandemic, even as the ride-hailing business took a massive hit, Ola Electric has been ramping up its business.

The new factory, which Ola says will be one of the largest scooter manufacturing facilities in the world, will come up in Hosur, 40 km from Bengaluru. The announcement by Ola about the facility to manufacture electric two-wheelers comes months after the company acquired Amsterdam-based Etergo BV, which has built a scooter that uses a swappable, high energy battery that delivers a range of up to 240 km.