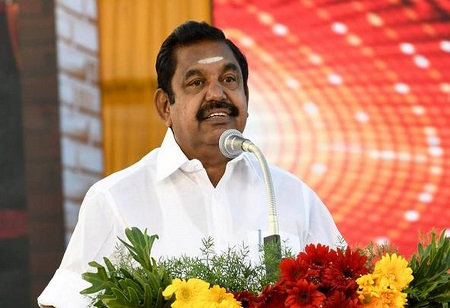 The new industrial policy 2021 and the MSME policy of the state were announced today by Chief Minister Edappadi K. Palaniswami. The industrial policy aims at achieving an annual growth rate of 15 per cent in the manufacturing sector and attracting investments worth Rs 10 lakh crore.

The policy is expected to create employment opportunities for 20 lakh people by 2025, according to a report by The Hindu. It also hopes to increase the contribution of the manufacturing sector to the State’s economy to 30 per cent by 2030. At the same time, the MSME policy has set a target to attract new investments worth Rs 2 lakh crore in the sector by 2025 and also create additional employment opportunities for 20 lakh persons.

The industrial policy also offers land at 50 per cent of its cost and other incentives for those setting up industries in 22 identified districts including the Southern districts and industrially-backward districts such as Dharmapuri and Perambalur among others, said the CM.

He added that MSMEs are currently given a capital subsidy of 25 per cent or a maximum of up to Rs 50 lakh, and this would be increased three-fold to Rs 1.5 crore and the government would allocate Rs 1,000 crore for further strengthening the role of The Tamil Nadu Industrial Investment Corporation Ltd.

A total of 28 MOUs were signed on the occasion, with a cumulative investment of Rs 28,053 crore with a potential for creating 68,775 jobs. These investments are across various sectors, including electric vehicles, wind energy, auto components, city gas and textiles amongst others.

Machinery to be Developed to Utilize Banana Waste