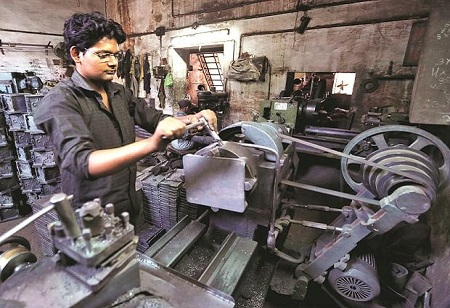 Amid rising concerns over lackluster performance of the MSME sector, BHEL Small Industries Association (BHELSIA) has urged the Central government to form a high level committee involving ministries of MSME, heavy industry, finance and defence, and representatives of industry bodies to re-activate the sector. A team led by its president Rajappa Rajkumar met the Union Minister for MSME and Transport Nitin Gadkari for the second time in two months and submitted a petition seeking formation of such a committee to arrive at suitable policies suiting the present scenario.

MSME units have been pushed into a difficult situation due to steep increase in steel prices, GST issues and other problems, he explained to the Minister. According to a report by The Hindu, The BHELSIA sought an end to the current ‘lowest bidder’ (L1) since it does not give sufficient weightage to quality parameters. In the current system, which is called Least Cost Selection Method, the bidder quoting the lowest price wins the contract. A base price ought to be fixed before the bidding process, he said.

For instance, the welding quality of cabins manufactured by the Integral Coach Factory is not up to the mark due to the L1 system of tendering. The infrastructure of over 400 fabrication industries in Tiruchi region that have a conversion capacity for seven lakh tonnes is underutilized. The industries are handling only two lakh tonnes, he said.

The Central Vigilance Commission has advocated a revisit to current norm and an all-inclusive public procurement strategy, in sync with a rapidly changing world. A concept paper has suggested that conventional L1 method is not suited for major infrastructure projects.

As for defence corridor project, the capacity in terms of high-end heavy-duty manufacturing and fabrication will suit well the requirements of manufacturers of ship hulls, tanks and armoured personnel carriers. There is a sense of disappointment in industry circles over the slow progress of the defence corridor project in Tamil Nadu. According to industry bodies, Uttar Pradesh is far ahead in giving a shape to its defence corridor project. IAS officers must be assigned the responsibility to pursue the project to expedite its implementation, Mr. Rajappa Rajkumar said.