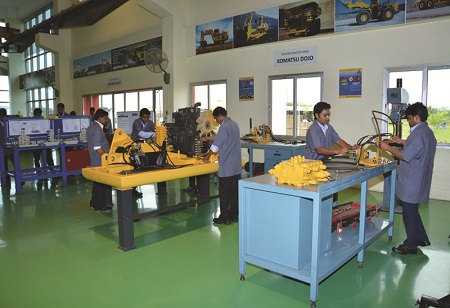 At an event organized by the ‘South Gujarat Chamber of Commerce & Industry in Surat, Vice President M. Venkaiah Naidu said that the Indian industry should focus on skill training and youth should turn from job-seekers to job providers.

Interacting with the industrial and trade fraternity of South Gujarat, Vice President urged the industry to play a more proactive role in skill training of the youth and mentoring of budding entrepreneurs. He stressed upon the critical role of the private sector in scripting the success story of any economy.

Lauding Gujarati business community for their handholding and community support to the new entrants into the business world, he exhorted all businessmen to emulate it by supporting and mentoring young entrepreneurs.

Stating that our youth should not be mere job-seekers and they should rather become job providers, Shri Naidu called for enhanced industry-academia interface to unleash the latent spirit of entrepreneurship among Indian youth.

Calling upon all nations to ensure that economic offenders who abscond to other countries are immediately repatriated back to the countries where they are wanted, he said that system should be tough with the people who loot public money and seek safe heavens abroad.

The Vice President appealed to the industry to isolate such black sheep who bring a bad name to the entire business community and emphasized the need for ethical corporate governance in the country.