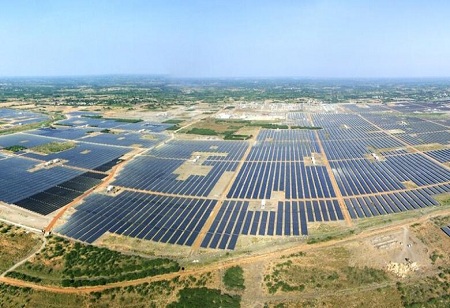 Kutch district is going to have India's largest renewable energy generation park which is expected to be fully operational in the next five years. Prime Minister Narendra Modi laid the foundation stone for the Hybrid Renewable Energy Park near Vighakot village. The park, which will reportedly be spread across 72,600 hectares, will increase Gujarat's renewable energy contribution by 30,000 MW. The hybrid wind and solar park is yet another step in India's efforts to combat the climate crisis.

In late November this year, speaking at the 8th Convocation of the Pandit Deendayal Upadhyay Petroleum University in Gandhinagar, PM Modi pledged to achieve a renewable energy generation target of 450GW by 2030, and 175GW by 2022. The Kutch renewable energy park is expected to have two zones – a 49,000-hectare hybrid zone that will house wind and solar power plants, and an additional wind park zone taking up 23,000 hectares.

The latest initiative is a further manifestation of Gujarat's commitment to transition from a coal-based economy into a renewables-centred one. Since 1979, the state has seen an influx of investors from the power industry, the majority of whom have been coal-based. From Tata Power's 4000MW thermal power plant to Adani's 3,300MW Supercritical Mundra Power Project, Kutch slowly transformed into a critical power generation district in Gujarat.