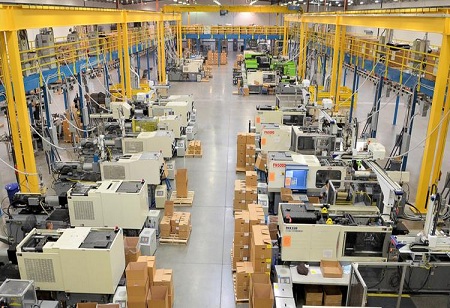 Between June and August, when the national economy was reeling under the impact of Covid-19 pandemic, Gujarat was one of the three states that witnessed a surge in non-farm economic activities. According to the latest RBI report, Gujarat had maintained a steady economic activity index (EAI) of 0.3 in June, 0.4 in July and 0.3 in August, the highest in the month among all major 14 states along with Karnataka (EAI of 0.3). The EAI was calculated using eight high-frequency monthly economic activity indicators — vehicle registrations, air traffic, Google mobility, electricity consumption, e-payments, unemployment rate, tax revenues and consumer price inflation.

Gujarat’s economic activity index revived from being -0.7 in May to 0.3 in June soon after the first major unlock. “The reopening of the economy during May-June saw industry normalizing faster than contact-intensive service sectors,” mentions the RBI report. Besides Tamil Nadu (EAI of 0.2), Assam, Chhattisgarh, Odisha saw an EAI of 0.1 each in August.

“Economic activities began in the state in May-June itself during first Unlock. Our industrial consumption of power remained higher, almost at 11% and gas consumption remained stable at 25%. Our export also increased slightly compared to last year. We managed to bring back migrant labour. The CM took initiatives like the new industrial policy to boost sentiments. They helped in increasing economic activities. RBI report is a reflection of this,” said Manoj Das, Additional Chief Secretary in Chief Minister's Office and In-charge ACS, Industry & Mines.

A total of 14.6 lakh migrants had left the state during the lockdown as per the RBI report, and a Mahatma Gandhi Labour Institute study says 94% of these labourers had shown willingness to return. Another aspect that worked for Gujarat was the Direct Benefit Transfer (DBT) during lockdown. “Gujarat was among the top 10 states that led in per capita DBT. The highest being Goa, Puducherry and UP,” said a senior state finance official.