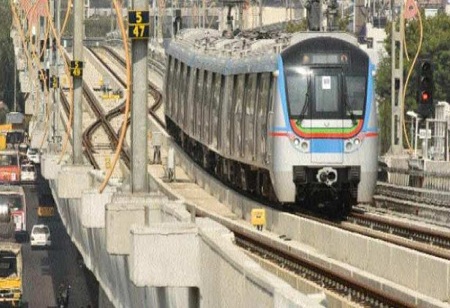 "We have been declared as lowest bidder by Gujarat Metro Rail Corporation (GMRC) Ltd for construction of 11.6 km elevated viaduct and 10 stations for Surat Metro Rail Project phase-1 in the name of SEL-SPSCPL Joint Venture," the company said in a regulatory filing to the BSE.

SEL-SPSCPL JV is a 74:26 per cent joint venture between Sadbhav Engineering Ltd. (SEL) and S.P. Singla Constructions Pvt Ltd. The company's bid cost for the project was Rs 779.73 crore, and the letter of award is expected to be received from GMRC soon, the company added.

The merger followed Sadbhav Infrastructure’s decision to sell its nine road assets to infrastructure investment trust owned by Larsen & Toubro and Canada Pension Plan Investment Board for about Rs 6610 crore.

1000 Acre Special Education Region to be Developed in Dholera