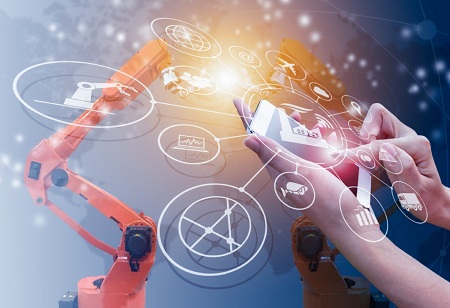 At a webinar organized by Assocham, Chief Minister Vijay Rupani said that Gujarat has been focusing on Industry 4.0 and also on an innovation-driven ecosystem. Addressing the webinar, Rupani said the state’s new industrial policy and the Atmanirbhar Bharat initiative will help give pace to the state economy.

Rupani said Gujarat is committed to a stable social and political environment, and further added that the state government has taken a series of business-friendly steps to create an environment that is conducive for investors. He said the state has taken major steps to promote development and generate employment, besides having value addition in different sectors.

"Gujarat has been focusing on Industry 4.0, its research and also innovation-driven ecosystem," Rupani added. Rupani said that when the global economy showed a decline by 2-4 per cent, Gujarat grew at over 10 per cent.

He said that last year, Gujarat has posted a growth of 13 per cent. The state has the lowest unemployment rate in the country, he said citing the National Statistical Office’s survey report. Currently, the unemployment rate is 3.4 per cent, he said.

Rupani said that for the past few years, investors from many countries, particularly the US, Japan, Singapore, the Netherlands, Germany, South Korea and France, have invested in the state. Gujarat also has bagged 33 per cent of the total foreign direct investment, he noted. He said that of the Fortune 500 companies, over 100 companies have their presence in Gujarat.

Industrial Accidents in the State Will Now Be Reported Online