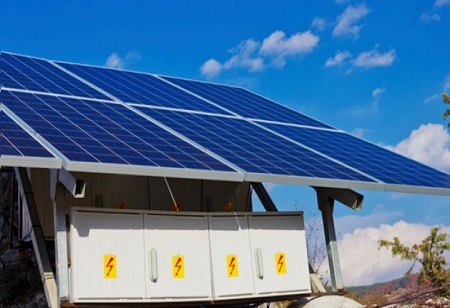 Solar and storage pilot project in Gujarat has attracted five bidders who have expressed their interest, according to Ajay Kumar Singhal, Chief Executive Officer, Railway Energy Management Company (REMC). The project was announced in December 2020 and will be set-up with Western Railway near Dahod in Gujarat and is already under construction.

“An expression of interest was invited in mid-December and was opened on 13 January, 2021. Five bidders have expressed their interest and the proposals are being examined for preparing the final bid documents,” said Singhal to ETEnergyWorld. He added that a land parcel of 90 acres is being considered for installing the project in a developer mode for a capacity of about 20 megawatt (MW).

REMCL, a joint venture of the Indian Railways and RITES, had invited bids for the pilot project to procure renewable energy power for the long term from grid-connected solar power projects with energy storage systems. Based on the success of this pilot storage project, Indian Railways would scale up storage-based projects across its network, said the EoI document.

It added that eligible developers would be invited to provide techno-economical, feasible and innovative solutions for effective utilization of solar energy during non-solar hours through energy storage technologies. They would also have to prepare a concept note and feasibility report of a probable solution.