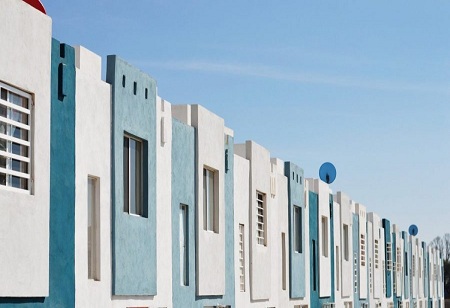 According to the data released by the ministry of housing and urban affairs (MoHUA), Gujarat is the second highest beneficiary under the Centre’s Pradhan Mantri Awas Yojana (Urban) receiving a central assistance worth Rs 9,717 crore as on January 25, 2021. Uttar Pradesh is the largest beneficiary as per the data.

The PMAY (U) launched in June 2015, is a flagship mission of the central government to ensure a pucca house to all eligible urban households by the year 2022. It is being implemented by MoHUA. Apart from interest subsidy on home loans, financial assistance is also provided to eligible households under different components of the scheme. Most of the central assistance has been disbursed in form of a subsidy under PMAY (U)’s credit-linked subsidy scheme (CLSS).

According to the State Level Bankers’ Committee (SLBC), Gujarat, a subsidy of Rs 6,896 crore was disbursed to 2,89,684 crore beneficiaries across the state under the CLSS as on October 31, 2020. According to the ministry data, out of 7.5 lakh houses sanctioned to be built under the programme, construction of 5 lakh houses has been completed across the state since the launch of PMAY (U).

The state also has the second highest number of completed houses after Uttar Pradesh. “Gujarat is one of the most urbanized and industrialized states in India. Hence, there is a good demand for urban housing in the state,” said Jaxay Shah, national chairman, Confederation of Real Estate Developers’ Association of India (CREDAI).

“Factors such as robust urban and social infrastructure, state’s affordable housing policy, smooth co-ordination between the state and central government have further contributed to the strong performance of PMAY (U) in Gujarat,” he added.