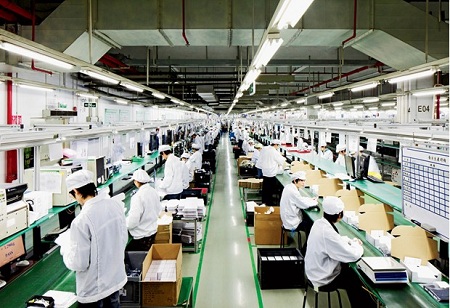 Domestic manufacturing of iPhone 12 is expected to start soon at Taiwanese manufacturer Foxconn's facility in Tamil Nadu. The unit already manufactures the iPhone 11 and iPhone XR. Apple is expected to shift 7-10 percent of its production capacity from China, analysts told Business Standard.

Under the Indian government's production-linked incentive (PLI) scheme, Apple has partnered with Foxconn, Wistron and Pegatron. Production at Wistron's facility near Bengaluru, which manufactures the iPhone SE, was disrupted after violence by staff due to a dispute over payments.

Analysts told Business Standard that the facility was also supposed to manufacture the iPhone 12 mini, but a final decision is yet to be made. Pegatron's manufacturing unit is likely to be set up sometime in the middle of 2021, the report added. Apple CEO Tim Cook is bullish about the company's prospects in the Indian market, Indian Express reported.

"This is particularly the case in some of the emerging markets where we're proud of how we've done. If you take India for example, we doubled our business last quarter compared to a year ago but our absolute level of business there is still quite low relative to the size of the opportunity," Cook told analysts during a post-earnings call.

CK Ranganathan to be the new chairman of CII southern Region