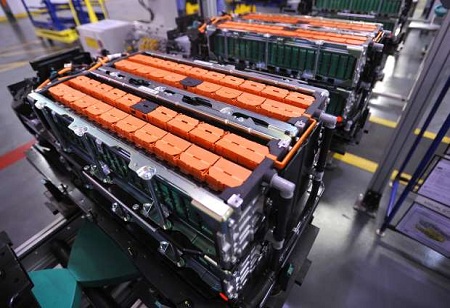 The joint manufacturing facility for lithium-ion (Li-ion) cells, owned by Suzuki Motor Corp., Toshiba Corp. and Denso Corp. is being considered by the companies to be turned into a global export hub. The factory, the first such in India for manufacturing Li-ion cells, is set to open around April with assembling of battery packs, before graduating to producing Li-ion cells around 2024-25, said one of the companies.

Lithium cells are considered the heart of an electric vehicle (EV) and other gadgets such as mobile phones and laptops. Most EV makers currently buy batteries and cells from China, the world’s largest producer of Li-ion cells.

With China dominating the global market for Li-ion cells, India, through programmes such as the PLI scheme, wants to avoid a repeat of events with solar equipment manufacturing where China leveraged its first-mover advantage to capture the market.

“The battery pack manufacturing joint venture by the three companies will realize a stable supply of Li-ion battery packs in India in the course of promoting sustainable cars in the country and will contribute to the ‘Make in India’ initiative by the Indian government," a spokesperson for Toshiba India said to Mint.

Reliance Procures World's First 'Carbon Neutral' Oil from the US