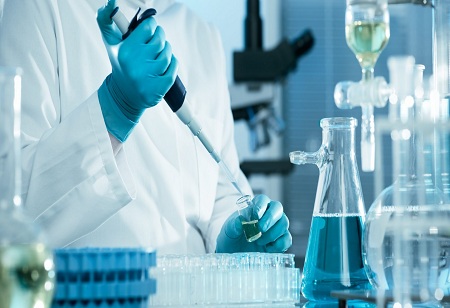 After a complaint filed by Gujarat Narmada Valley Fertilizers and Chemicals Ltd, the commerce ministry has advised for imposition of anti-dumping duty on a Chinese chemical used in dye and pharma industries. The imposition may be for a period of five years to support domestic players by pulling the plug on cheap imports from China.

Directorate General of Trade Remedies (DGTR) has recommended the duty after concluding in its probe that ''Aniline'' from China has been exported at dumped prices into India, which impacted the domestic industry. "Definitive anti-dumping duty is recommended to be imposed for five years," the directorate has said in a notification.

DGTR had conducted the probe following a complaint from the domestic player which had filed an application for anti-dumping investigation on imports of Aniline originating in or exported from China, said a report by PTI. The recommended duty is USD 36.9 per tonne and USD 121.79 per tonne. The finance ministry takes the final decision to impose duty.

Aniline is also known as Aniline Oil. It is essential for industries such as drugs, pharmaceuticals, dyes and dye intermediates. In a separate notification, DGTR has suggested the continuation of the duty on imports of ''Methylene Chloride'' from China for five more years. This chemical is also used in the pharmaceuticals industry.

The imposition of anti-dumping duty is permissible under the World Trade Organization (WTO) regime. The duty is aimed at ensuring fair trading practices and creating a level-playing field for domestic producers vis-a-vis foreign producers and exporters.